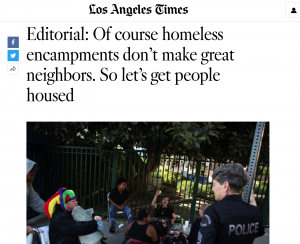 « What If We Solved Homelessness, Now?